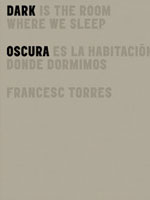 About seven years ago I started working with the idea of the recovery of the memory of Spain’s recent history. First I considered an archaeological project centring on the material sediment of the Civil War in the old battlefields, specifically the Ebro front. At the same time, the Spanish Association for the Recovery of Historical Memory (ARMH) had begun to locate, excavate and exhume the mass graves from the Spanish war and post-war. After a protracted struggle with two successive Catalan regional administrations of opposing ideological signs who thwarted my project in Catalonia, despite my having funding from two US foundations (Fulbright and American Center) and the support of two Catalan universities, I ended up doing it in Burgos in collaboration with the ARMH. This book documents an exercise in citizenship by a group of Spaniards determined to rescue a part of their history which had been sequestered.

FRANCESC TORRES (Barcelona, 1948) Trained at the Escola Massana in Barcelona, in 1967 he moved to Paris, where he studied at the Ecole des Beaux Arts and worked as an assistant to Piotr Kowalski, a Polish sculptor as well as architect and physicist from MIT, who would be a major influence on Torres. Torres moved to the US in 1974, remaining there until the early 2000s, when he returned to Barcelona. Throughout his career, Torres has done performance, photography, video and installations. Francesc Torres’ works question social order based on the relations between political and economic power. One of the marks of his work is his attention to memory and the present, in a detailed and careful reading of critical episodes in history linked to specific contexts. Examining the machinery of war and violence in culture and history, Torres often assumes the role of historian or philosopher and contemplates the tensions between the implacability of the passage of time and fragility of memory, in politically loaded spaces.