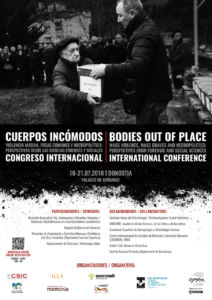 Bodies out of Place: Mass Violence, Mass Graves and Necropolitics.

This international conference invites some of the leading international specialists in the analysis of mass grave exhumations as human rights tools. Mass grave exhumations linked to human right violations, which already started in the mid-eighties, have become increasingly important worldwide in the 21st-century. Gradually, they have become an increasingly prestigious phenomenon for truth, justice and reparation of victims of the outmost importance, as they are radically transforming the ways in which societies deal with the traumatic past, including the consolidation of forensic science as a privileged technique and methodology for interpreting the past –a phenomenon known in social sciences as the forensic turn. The purpose of this conference is to critically analyse, in a comparative fashion, different processes of mass grave exhumations in various parts of the world, including Russia, Timor, Central African Republic, the Netherlands, Germany, the US, Vietnam, Poland, Peru, Colombia, Mexico and Argentina, as well as the more specific cases of Spain and the Basque Country. Thematically, the conference includes from Civil War mass grave exhumations in Spain to the Soviet gulags, the identification of human remains recovered in the twin tower’s rubble, the search for US MIAs, the case of the Mexican searchers, post-war plundering in Holocaust mass graves, the cultural and political elaboration of the disappeared, and the religious aspects of exhumations, among others. In order to engage the comparative study of mass grave exhumations in different historical, cultural and political contexts, the conference includes scholars from different disciplines: forensic doctors, social anthropologists, lawyers, political scientists, sociologists, archaeologists, historians and literary critics. The conference also includes a monographic panel with representatives of Spain’s main memorial institutions. 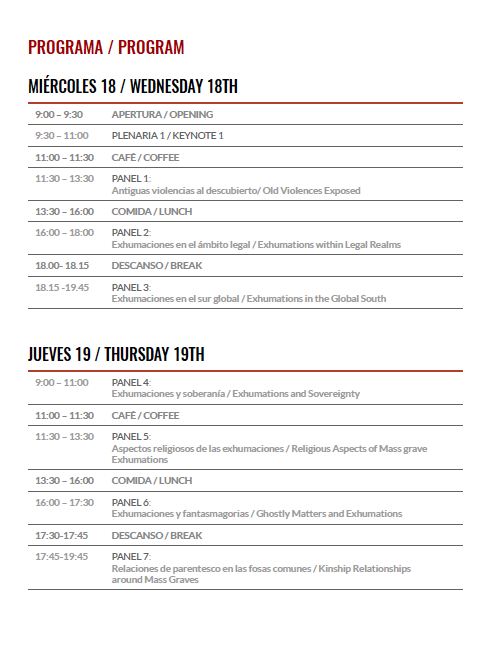 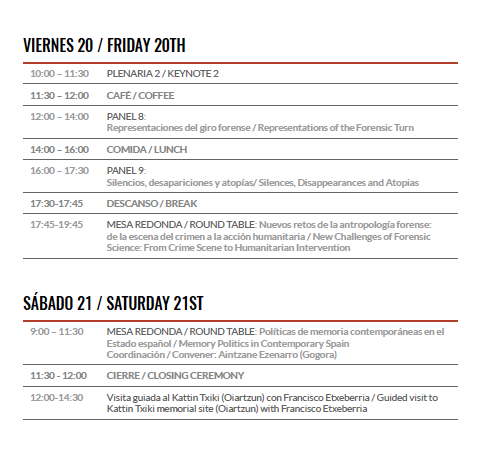 Carlos Barral and the struggle for knowledge of the holocaust during the Franco...
Scroll to top